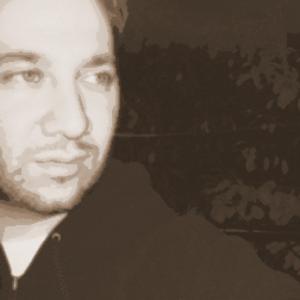 For the next edition of Grounding Sounds, we welcome The Green Kingdom for a two part show. Hailing from Detroit in the US, Michael Cottone established The Green Kingdom as a means to escape the fast paced lifestyle of this busy city and his work has graced labels such as SEM, Own, Nomadic Kids Republic and Home Assembly Music. Most recently, he has released an album on M.Ostermeier’s Tench label. You can find out more here:  www.tenchrec.com/TCH03.html
Also well worth tracking down is EGress, released on the fabulous NKR imprint.

Coming from a city that has given so much to the world musically, it is interesting to hear how Michael has arrived at a sound so different to what is commonly known as the Detroit sound. Nevertheless, this two part show delves through Michael’s influences and despite the clear musical differences from his own output, there is plenty of evidence to suggest how he arrived at The Green Kingdom.

This Grounding Sounds excursion travels through ambient, jazz, folk, pop, reggae, hip-hop, brazilian music, electronica and lots more
Without further hesitation, here are the mixes, presented in two parts. Below, a brief commentary on each track is given by Michael, outlining his choices.

For more information on The Green Kingdom, visit http://thegreenkingdom.wordpress.com/

Ennio Morricone – Piume Di Cristallo [1971]
“What to say about ‘Il Maestro’? Even his horror movie scores are beautiful.”

“A true guitar legend. John really took fingerstyle playing to the next level. One of his simpler pieces, but one of my favorites.”

King Crimson – Fallen Angel [1974]
“One of my favorites for sure- the mellotron, the harmonics, Fripp’s guitar tone. At turns beautiful and sinister.”

Frank Zappa – Little Umbrellas [1969]
“A wonderful little piece from the Hot Rats album. Zappa was a brilliant composer and virtuoso who always  pushed the envelope.”

Milton Nascimento – O Trem Azul [1972]
“I love the breezy feel that most Brazilian music has. Incredible swing and vocal melody. Not sure what it’s about- a blue train? I try to sing along anyways.”

Tortoise – The Suspension Bridge At Iguazú Falls [1998]
“Thinking about it, this song kind of sounds like the love child of Morricone and Steve Reich. Guitar, vibes, marimba, electronics- what’s not to love?”

Stereolab – Fluorescences [1996]
“I could go on and on about Stereolab, Krautrock meets Tropicalia in the best of ways. RIP Mary…”

The Zombies – This Will Be Our Year [1968]
“Just a perfect pop song, Odessey and Oracle is an incredible album- right up there with anything the Beatles did in the late 60s in my opinion. Makes me think about my family… “

Neil Young – Tell Me Why [1970]
“He’s so versatile, but his songs hold up so well whether recorded with a full band or
just solo guitar.”

Midlake – Young Bride [2006]
“One of my favorite albums of the last decade, it sounds like it’s straight out of the 70s. Epic subject matter including early settlers, bandits, giants, etc.”

Pentangle – No Love Is Sorrow [1972]
“There was so much English folk I wanted to include, but Pentangle has all of the ingredients. The interlocking guitar parts of Bert Jansch and John Renbourn are always mindblowing, somehow loose and tight at the same time.”

Cocteau Twins – Road, River And Rail [1990]
“One of my favorites by the Cocteaus, Liz’s vocal overdubs on the chorus sound like angel whispers swirling around your head if you listen on headphones.”

Iron & Wine – Passing Afternoon [2004]
“A truly beautiful song by one of the best songwriters of my generation. This has nearly reduced me to tears on multiple occasions.”

Gavin Bryars – The Sinking Of The Titanic – Hymn 2 [1975]
“A simple and perfect melody, especially poignant given the context… Also a big influence on much of the ambient and modern classical music around today.”

Paddy Kingsland – Sequence [1972]
“Some Radiophonic Workshop-based material from 1972. What better place to start?”

Boards Of Canada – 1969 [2002]
“The modern continuation of the Radiophonic sound to me. Beautiful and otherworldly, and all things BOC…”

White Noise – Love Without Sound [1969]
“More studio magic from Radiophonic masterminds Delia Derbyshire and Brian Hodgson. Yep, this was made in 1969!”

Four Tet – My Angel Rocks Back And Forth [2003]
“The way he samples and loops acoustic instruments has always been an influence.”

Madvillain Feat. M.E.D. – Raid [2004]
“Madlib and Doom- one of the best hip hop producers and one of the most creative MCs of all time team up for a truly classic album. Where is Madvillainy 2 already?”

Lee “Scratch” Perry – Curly Locks [1978]
“So many reggae songs, but why not a great reggae tune with some nutty dub production flourishes?”

Slum Village – Fall In Love [2000]
“Jay Dee / Dilla is simply one of the best producers ever, if there are beats in heaven, he’s providing them.”

Parliament – The Motor-Booty Affair [1978]
“One of my favorite funk songs, so much going on but the keyboards and guitars are beautifully layered. (Also, recorded in Detroit)”

A Tribe Called Quest – Award Tour [1993]
“A classic from one of my favorite hip hop albums ever, what can you say about ATCQ?”

Talking Heads – Once In a Lifetime [1980]
“Something I grew up with. I think the days may be gone when a band this original and weird can crank out hit songs.”

Plaid – Dang Spot [1999]
“I’ve always loved their stuff for the thought they put into how things are arranged, and of course the melodies.”

Squarepusher – Goodnight Jade [1996]
“Most definitely a man of many talents, but I love the more minimal, melodic pieces like this that one could loop for hours…”